Our Partnership with Klear Co.

Klear Co. and No Drug War are cut from the same cloth. No Drug War believes that if we stay educated about the drug war, together we can hold our politicians accountable for the judicial choices that affect our communities.

The country is making huge strides, particularly with the “green wave” of marijuana legislation sweeping the states. We are already seeing a reduction in drug-related crimes in states where legalization has been implemented.

Ours is a broad stroke macro-effort. There is a lot of information and history surrounding the drug war, and the more you know, the more you can speak to its disparities within your own community.

Klear Co. has developed a micro-effort in their crusade against the drug war. What started as a satire piece in response to a new drug-testing law in the , turned into something quite revolutionary. An all-out battle against the policy. 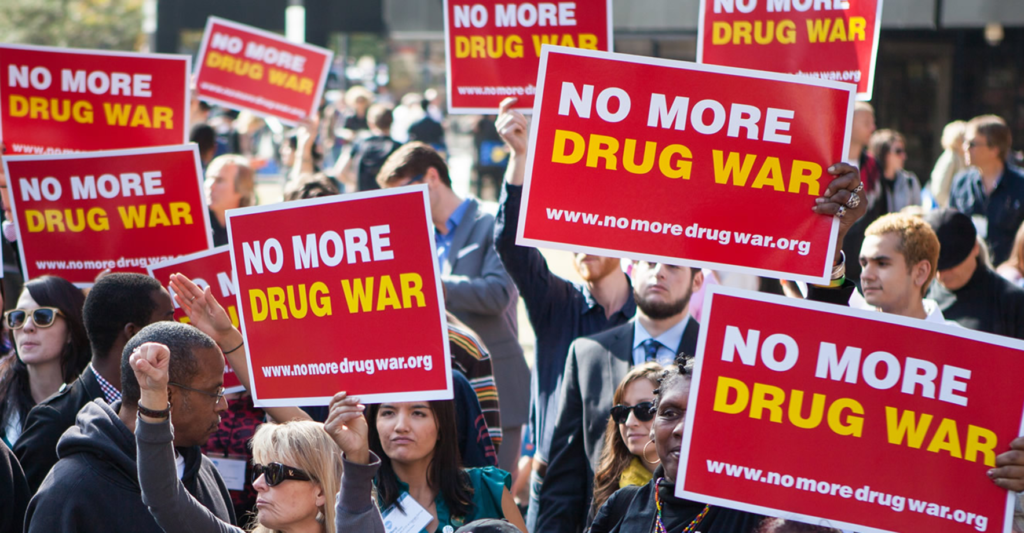 Early 2000’s: The beginning of the digital information age made it easier for radical idealists to align our causes. No Drug War partnered with Klear Co. during the pre-ACL days of Austin, Texas. We noticed exponential growth in numbers of non-violent drug-offenders even by the . This incarceration rate was not normal. It was clear this was because of the War on Drugs.

No Drug War launched its first website in 2003. We knew Klear Co. developed an extensive pamphlet called, “Conquering the Drug Tests“. We featured it as a free digital download. Although analytics of website traffic was rather crude at the time, emails poured in. The general feedback, more info, please! And so the mission continues.

Pioneers of the Anti-Drug Testing Movement

Reported by the New York Times