The Birth of Powdered Urine 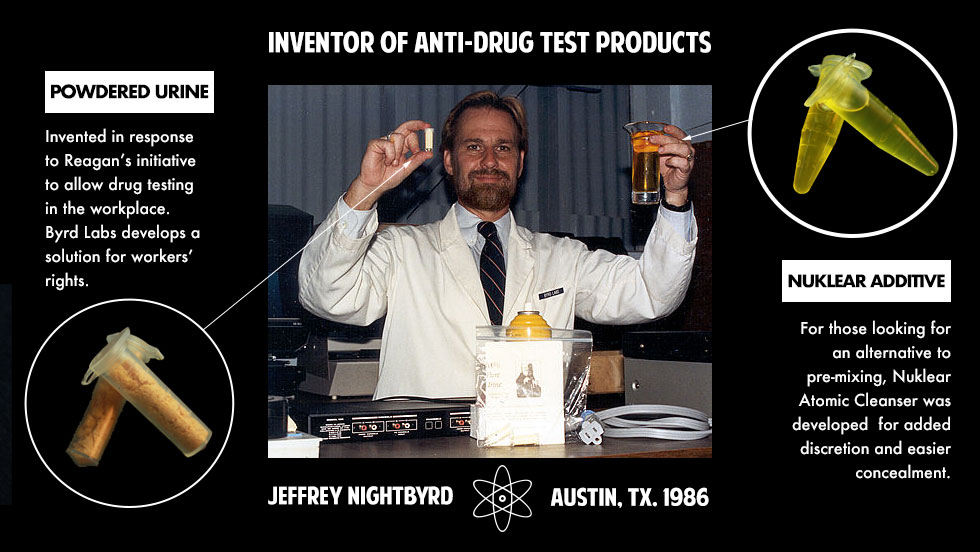 By Inventor and Founder, Jeffrey Nightbyrd

In November of 1986, I was writing for the Austin Chronicle from time to time. I heard on the radio the Government had a new idea to keep America safe and efficient. They were going to collect workers urine specimens in little cups and analyze whether any drugs were present.

The first thought that shot through my head was “Wait! That’s unconstitutional. In America, you are innocent until proven guilty. You are not assumed guilty and have to prove your innocence.”

Then as corny as it may sound I thought of John Wayne. I don’t even like John Wayne. But an image of those classic westerns flooded through my twisted brain.

JOHN WAYNE WOULDN’T LINE UP AND PEE IN A CUP FOR THE TOWN CLERK! 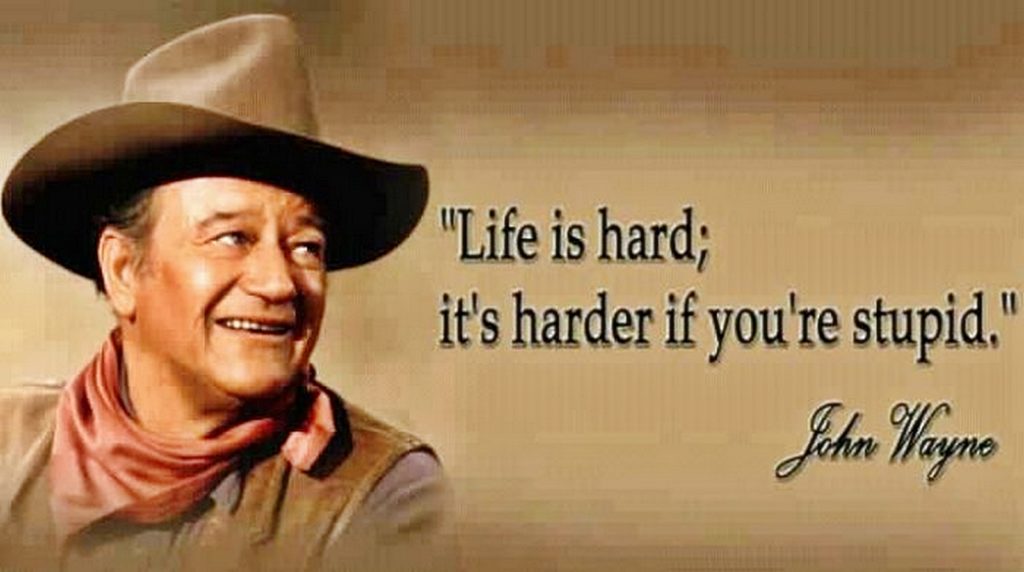 I wandered into the rat warren that passed as the Chronicle editorial empire at the time. “Give me a quarter page. I want to write a satirical ad about this new drug testing campaign of the government.” The editors agreed.

The Calm Before the Storm

A few days later a serious looking ad appeared in the Chronicle headlined “Pure Texas Urine/ Guaranteed Drug-Free. $49.95.” About 3 AM my home phone began ringing. First, it was NBC. Then CNN. “Is this serious?” they asked.

“Absolutely, even Ayatollah Khomeini in repressive Iran doesn’t collect your bodily fluids.” This was Abbie Hoffman’s Yippie idea of stretching establishment politics into their intersection with absurdity. “We believe an employee should – pee for pleasure, not for employment.”

Three days and several news conferences later I began to receive mail. With checks. Lots of checks! For $49.95. And calls from libertarian chemists who volunteered to help. Where could I actually get Drug Free Urine, I wondered?

The next day I borrowed a lab coat and visited a Baptist Senior Citizens Center. I explained I needed urine samples for “research purposes” and would pay $5 per. The director reacted enthusiastically: “Great. Now we will have more money for our bus trips.

It’s a Dirty Job, but Somebody Has to Do It

Next comes the horrible and disgusting part. Try not to think about shipping fresh urine samples in urostomy bags DHL? Try not to imagine the DHL supervisor calling long distance to say there was leakage from our packages and did they contain a biohazard? Don’t consider the dedication it takes to test a vat of urine for drug positives? Yuck.

We soon found that many of the old Baptist’s samples were testing positive. We learned that there were many legal medications that cross-reacted on urine tests. And the law of unintended consequences had set in. 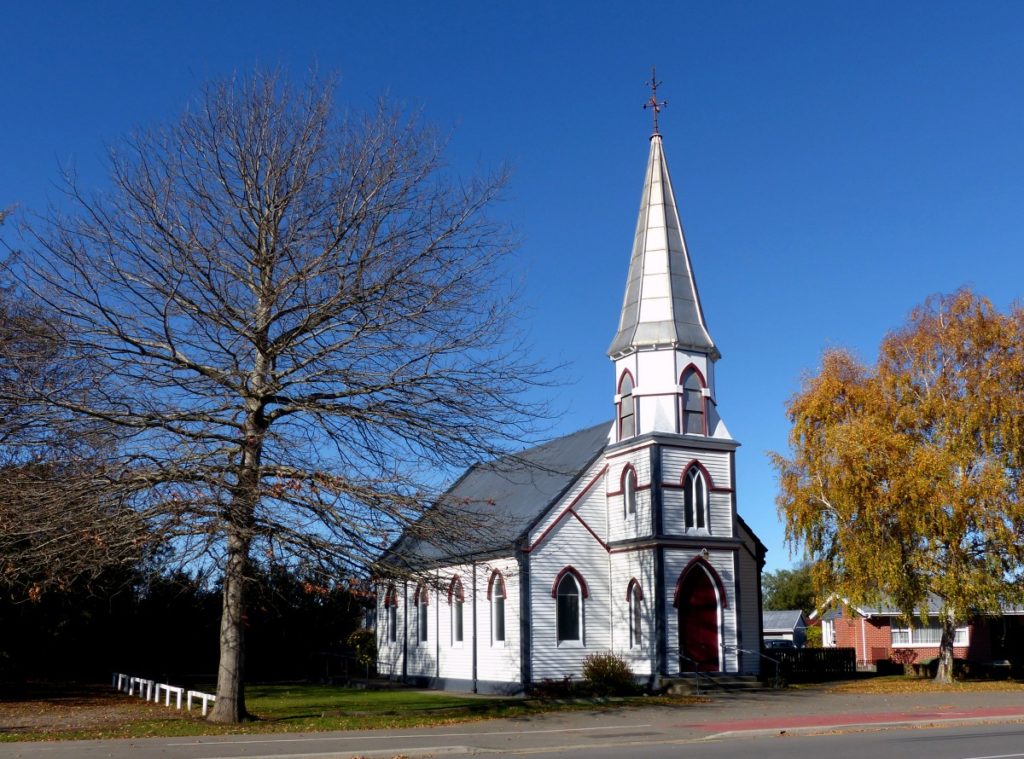 A satire had turned into an anti-drug testing campaign. The problem was that collecting urine ranked as one of the most loathsome ideas of the decade.

At the next press conference, I announced Drug-Free Powdered Urine. “We are to urine what Tang is to orange juice”. After several weeks an instant product was actually invented. And then the story grew more bizarre.

We soon held the Urine Ball which was dutifully reported in the society column of the Dallas Morning News as the U-Rine Ball by a very confused reporter of the country club scene.

At the Ball, some Austin political operative had given me a private number for Reagan at the White House. When we reached a lieutenant on the telephone the crowd roared, “We won’t drop our zipper for the Gipper”!! Then everyone continued dancing to the music of the Urin-anium Savages. 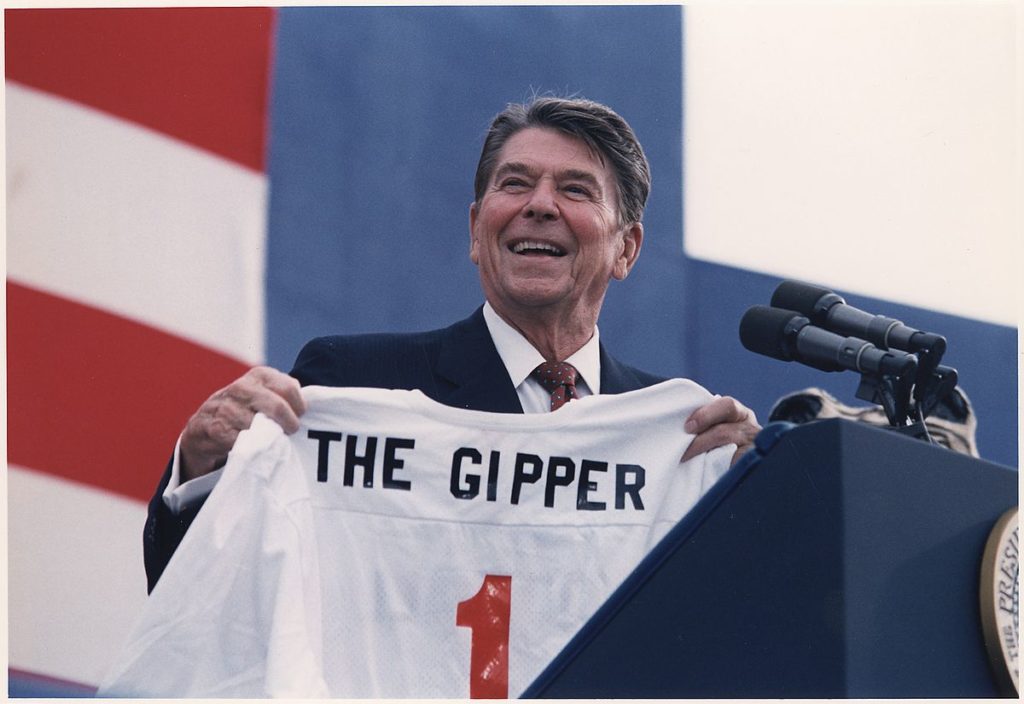 Of course, being labeled the “Urine King” by the National Star Supermarket tabloid didn’t increase my opportunity for dates. I wonder why? But the high profile campaign went on for another month or so. The editors, who were trying to put out a serious paper were more than indulgent in this effort.

Maybe they believed as I, in the motto that emerged from the movement?: “Test your Government Not your Urine.” 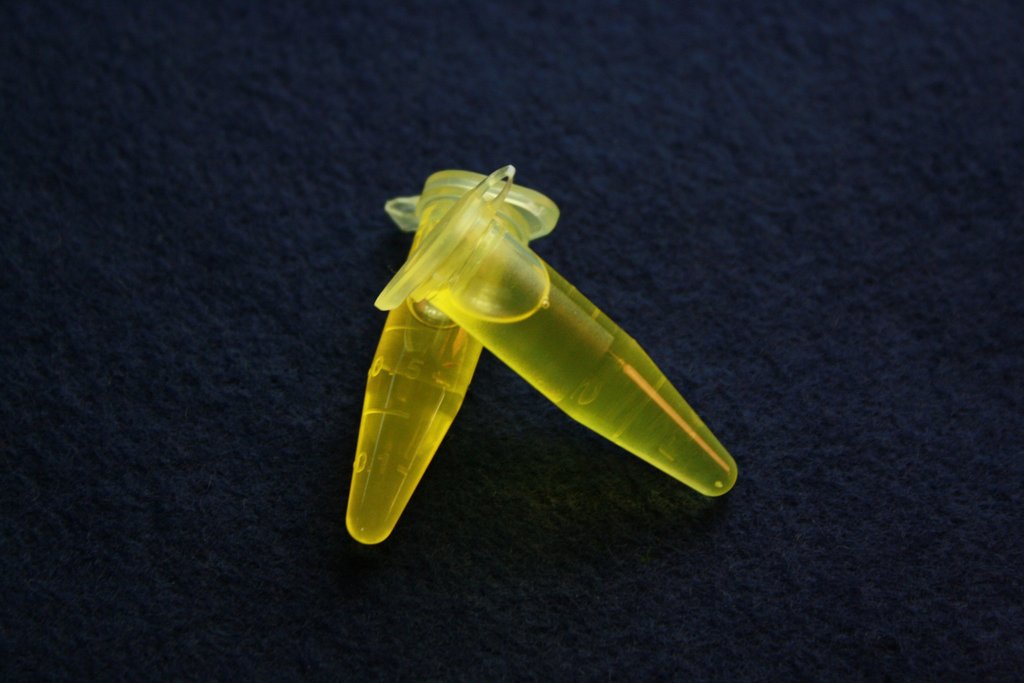 NuKlear is a potent liquid invented by Klear Co.
It comes in a small tube that you add to your sample.

The amount of NuKlear necessary to pass a drug test is less than a gram – about the amount that would sit on a small thumbnail.

NuKlear is odorless and cannot be detected once added to your sample. 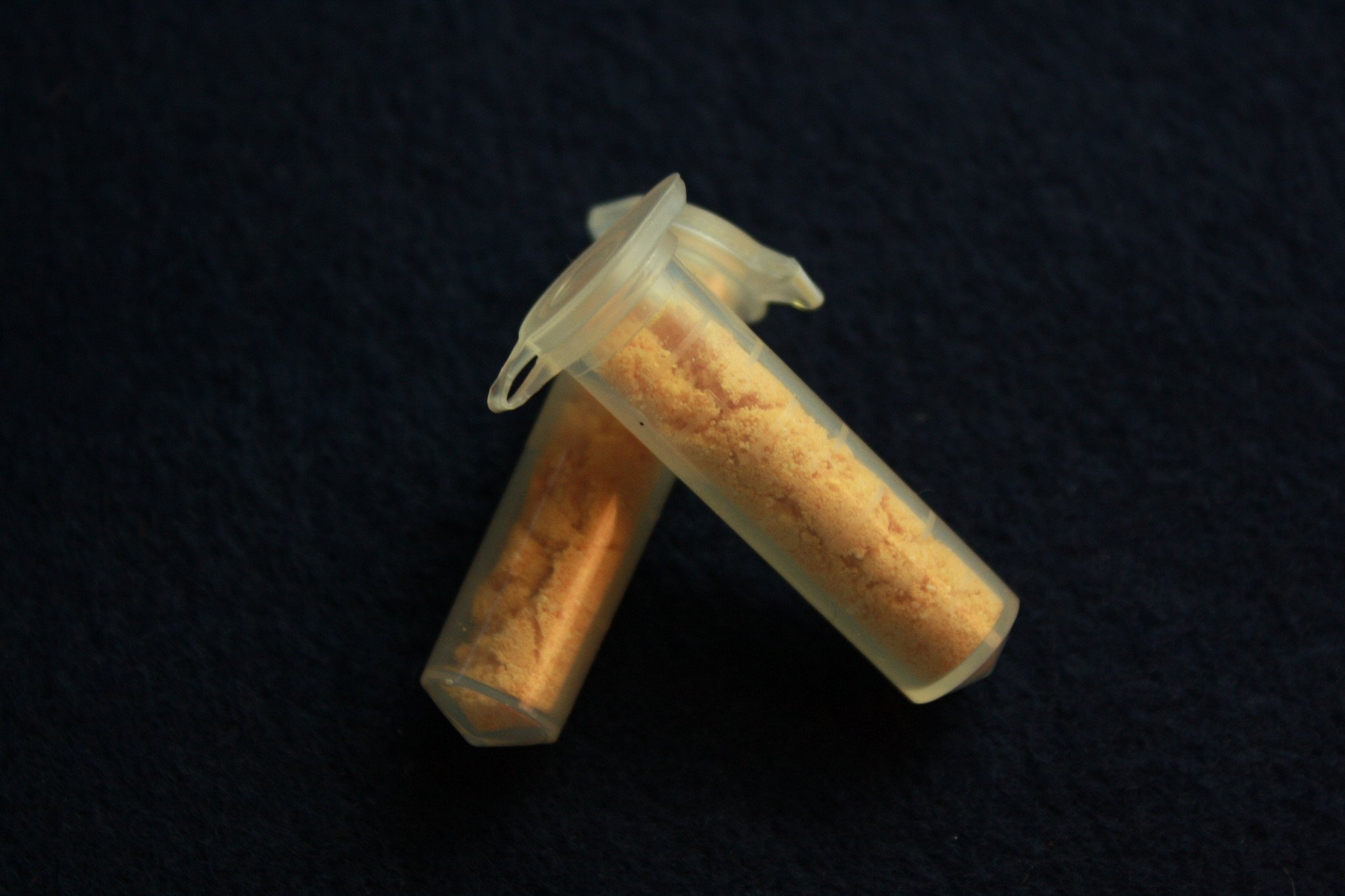 Powdered Urine was developed in 1986 and has worked without fail, continually protecting worker's rights.

Powdered urine requires some premixing and sleight of hand, so some people prefer our smaller additive, NuKlear Atomic Cleanser.